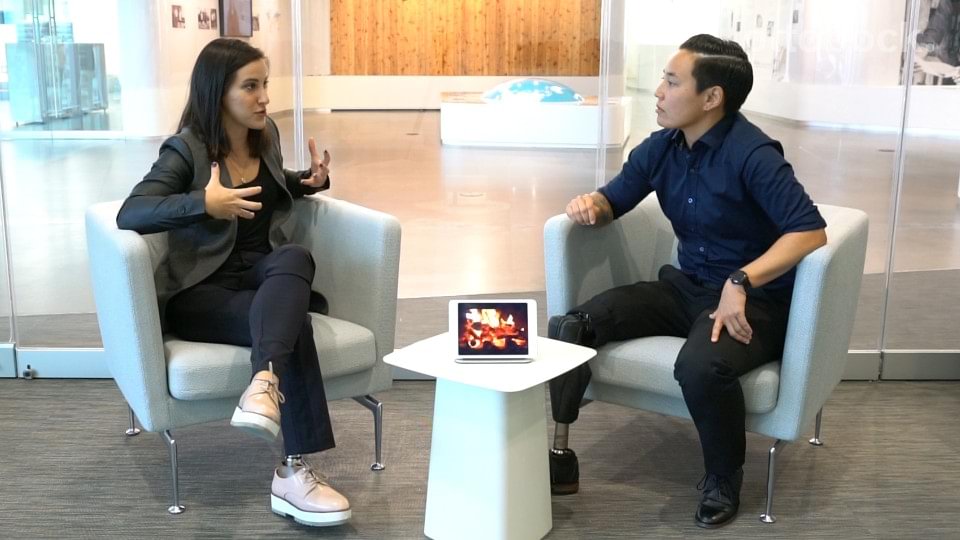 Accident
Dani Burt was in a near-fatal motorcycle crash which resulted in the loss of her leg. Dani was riding her bike down a winding mountain road when she lost control and crashed into a guardrail, sending her flying 25 feet through the air before plummeting 45 feet into the brush below.

She entered the hospital with a brachial plexus injury, collapsed lungs, a ruptured spleen, her right leg completely crushed, massive internal bleeding, and each rib broken. Dani was inside of the operating room for 12 hours, where she coded twice during surgery.

To help her body heal, doctors placed her in a medically induced coma. During that time, Dani developed acute respiratory distress syndrome and a massive infection in her right knee. Her body was fighting hard to repair her lungs and leg, a predicament which ultimately led doctors to make a difficult decision - in order to allow her body to recover, they would need to amputate Dani’s right leg.

Recovery
Dani awoke after 5 weeks to find herself breathing through a tube and unable to move her arm. Doctors wanted to wait until Dani could speak before informing her of the amputation, but her friend was the one who broke the news.

Dani was destroyed. “All of the negative emotions you could ever imagine hit me all at once,” she recalls. At that moment, Dani realized she had two choices: either stop her life and give up, or put in 100% and try to live.

During recovery, two of Dani’s best friends never left her side. The unconditional love she received from them gave her the strength to move forward.

After Dani was discharged, she started intense physical, occupational, and speech therapy. Her body was healing, but she needed to face the emotional trauma that remained. She began to see a cognitive-behavioral therapist, which, according to Dani, was the best decision she ever made.

Support
Dani struggled to learn how to ask for help. By practicing vulnerability, she realized asking for help was not a sign of weakness. Instead, she learned that relying on others made her feel strong and “solid.”

For new amputees, it’s crucial to have a strong support system, especially during recovery. Dani did not have a “traditional” system of support. Before her accident, Dani had to leave a toxic family situation behind. However, she had the support of friends who stood by her side throughout it all—they became family.

Her friends did not coddle her. Instead, they let her experience what she needed to, gave her advice when she asked for it, and more importantly, they showed her love.

Dani’s experience taught her the importance of communicating with other amputees. Before meeting other adaptive athletes face to face, Dani recalls looking at their social media profiles, wondering how they had it all figured out. At the time, she was “barely holding on.”

After meeting them, she realized that they were facing similar challenges but weren’t talking about it. Dani applied this experience to her own social media and brand. She tries to communicate that progress isn’t linear. She also believes that one of the most powerful things she can do is to be open about her struggles. By showcasing her own issues, she can help her audience feel less alone. Though mutual support, community is fostered. Through that community, obstacles can be tackled and solutions can be found.