Welcome back to the Ottobock Fireside Chats web-series. Watch Part 1 of host Lacey Henderson’s inspiring interview with Kirstie Ennis, and keep an eye out for upcoming Fireside Chats and updates from Ottobock. 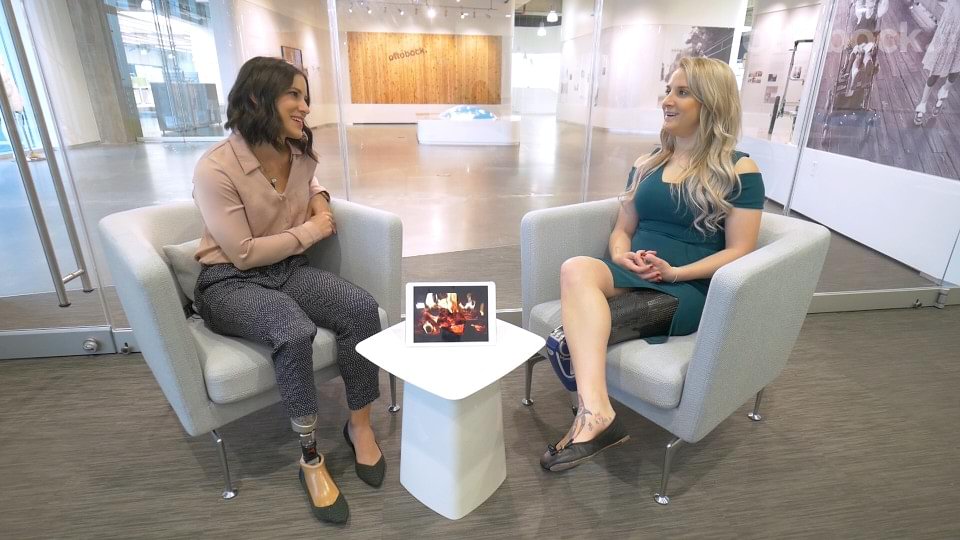 Kirstie Ennis, retired helicopter door-gunner and airframes mechanic, served in the Marines for 6 years before her helicopter went down in Afghanistan, resulting in the amputation of her left leg above the knee. She shares the story of how her determination and ambition guided her over the obstacles she faced both as a woman in her field of work and as a trauma survivor.

On the day of her accident, Kirstie and her crew were flying in the memorial helicopter that honored the lives of 6 crew-members who had been killed in an earlier accident. The accident became an emotional and spiritual experience for Kirstie, who credits her survival in part to the guidance of the deceased crew-members, who she believes were looking down on her and her crew saying, “it’s not happening again.” As a result, Kirstie states she’s “living, breathing, walking, moving forward with [her] life for those guys that never came home.”

She continues by providing an account of her military background, vividly remembering her parents putting on their Marine uniforms every day, and her never questioning their duty to serve the greater good. She too wanted to serve the greater good and make her parents proud, so Kirstie asked her parents for permission to join the Marines at the age of 17. Kirstie got her wish after finally convincing her father, who wasn’t as willing as her mother to sign the form.

Kirstie recalls her school-years and her mischievous, driven tendency to excel. She finished high-school early, earned 3 masters degrees, and trained extensively to become an airframes mechanic. At first, Kirstie hadn’t really considered the problems that could arise with her being the only woman in the shop. Throughout her career, she repeatedly needed to prove herself to her team and superiors.

Nevertheless, in the air Kirstie and the gunman sharing her plane were on a level playing field; they each had to trust in the other’s protection for survival. With time, she and her teammates developed the trust needed to protect one another, and by the end of it all, she ended up with “thousands of big brothers.”

Learn more about Kirstie’s experiences and let us know what you think by leaving a comment on our YouTube page for this episode.